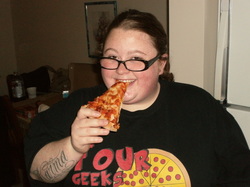 Alright so for the final Interview in our series we have our happy little hobbit Meagan Beck! who was actually quite busy by the time I was responsible enough to get her interview to her so I must thank her for her patience. We hope you have enjoyed our interviews. Let's read what Meagan had to say!

Q: Hello Meagan, I just wanted to say you’ve done a fantastic job with your contributions to the site and the podcast. My first question for you today is what book was the first book to ever catch your attention and made you want to read more books after that?

A: Thanks Jon, I love helping out with the site. The first book I read that made me want to read more was a book from a series called the saddle club, which was about three friends who belonged to the same horse ridding club. It was actually a book given to my sister for Christmas that I took over when I was 11, hell I probibly read at least 15 book from that series before discovering Harry potter when I was twelve.

Q: What is your favourite book of all time and why?

A: My all time favourite book is the Harry potter books, I want to go to hogwarts! I love them because they took me on a magical journey to a world so fascinating that a theme park was created for it! Also the writing is fantastic, and in each book there is a mystery that Harry has to solve that kept me guessing to the end.

Q: Do you enjoy working on the site and the podcast?

A: I do enjoy working on the site and especially on the podcast

Lol four geeks and a pizza is my crew, and it means working on something fun with some cool people.

Q: If there was one question you could ask the listeners of Four Geeks And A Pizza! what would it be?

A: I would ask the listeners to give us more constructive critiscm.

Q: Out of the three other geeks who would you say is the most entertaining?

A: Kyle is the most entertaining, he is my partner in crime on the podcast and never fails to make me chuckle

Q:  If you can be any character you have ever read about or watched in a movie who would you be?

A: Lol I want to be willow rosenburge because she is super awesome.

Q: If you could meet any celebrity who would it be?

A: I want to meet joss whedon, he has been involved in so many of the shows and movies I love, Kevin smith and jk Rowling would be a very close second and third.

Q: How has the recording process of Four Geeks And A Pizza! changed over the course of the first eleven episodes?

A: We get less and less professional, which I think adds to the overall vibe, if not the flow of the show lol

Q: Do you think the podcast will be something that lasts a long time?

A: I think the podcast will last as long as we're still having fun with it. Although everything changes and that might affect the frequency or length of the show as our lives change.

Q: What things would you change about the podcast?

Q: Do you feel that you are the authority on books when it comes to the rest of the group?

A: I defiantly don't consider myself any kind of authority on books, hell the last few books I read that I really loved we recommended to me by Kyle

Q: Are there any new features that you are planning on bringing to the website or the podcast?

A: I would love to add a feature, I just can't come up with anything I think is a cool enough idea.

Q: What do you think Jon.com has accomplished in the first year of running the website?

A: I think we've accomplished a lot! 12 awesome podcasts, more new features and topic pages than I can name and our awesome Facebook page! Not to mention a drastic increase in our average site views!

Q: What did you think about the fact that Jon wanted to change the site to Four Geeks And A Pizza.com?

A: I thought it was a really flattering and fun idea! I love to give Jon hell, but he's such a sweetheart!

A: People defiantly still read books! Especially recently with so many movies and shows being based on them.

Q: Do you feel that movie adaptations of books are necessary?

A: Necessary no, but I do think it's defiantly helped chapters out in sales! And made some really great movies. Also, I think it's better than the constant remake trend. All that being said the book is always better than the movie. Thanks for having me for this interview! 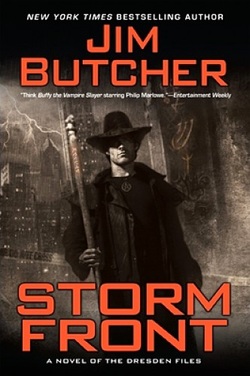 The Dresden Files is the series of which, Storm Front is the first book. It was recommended to me by a friend as Harry Potter for adults and contains some wonderful things in common with the beloved childhood series including wizardry, mystery and a protagonist named Harry. Harry Potter and Harry Dresden, however live in two very different universes. As the only wizard in Chicago, Harry Dresden uses his powers to aid him in his detective agency, occasionally consulting for the Chicago police department. In Storm Front, an unknown dark mage is killing people, in a horrible way, and people seem to think it’s Harry’s doing. If Harry can’t figure out who it is, he’s the next victim. This book is quick paced and well written, a combination that will keep the pages turning.

Commet on the blog page /blog.html 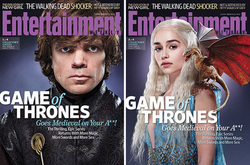 Tyrion Lannister is one of my favourite characters in the book. From this clip, it looks like the show and Peter Dinklage are doing that character some kick ass justice.  Visit the blog page and tell me what you think /blog.html

Tough Shit: Life Advice From a Fat, Lazy, Slob Who Did Good. by Kevin Smith Review

Who is Kevin Smith? Kevin Smith is the Wayne Gretzky of Nerd Culture, although he is mostly known as Silent Bob, sidekick to Jay, of the Jay and silent bob duo, I’ve come to think of him as Not-So-Silent bob, I’m sure you’d agree if you read the book. Informative, Heartfelt and very entertaining, Kevin Smiths biography was a compelling read.

Beyond his on screen roll in the Jay and Silent Bob movies, Kevin smith is their creator, along with the cinematic universe in which they exist. His Resume is extensive, just check out his IMDB page http://www.imdb.com/name/nm0003620/  When i picked up the book i was familiar with Jay and Silent Bob's universe, which includes the films; Chasing Amy, Mallrats, Jersey Girl, Dogma, Clerks one and two, and Jay and Silent Bob strike back. In his book, he writes about all these movies from a totally new perspective to me: How they got made. Marketing and Politics of the movie making business are subjects that i never really though too hard about before reading Tough Shit, subjects Kevin Smith is an expert in. He writes a lot about the process in his book, especially in regard to the making to one of his latest films, Red State.

Kevin Smith’s movies have always had heart, and in his book he lets us all into his heart. He talks about some of the defining times of his life, including how he has been affected by his fathers death, how he meet his wife and how Wayne Gretzky became his idol.

Though out Tough Shit, Smith keeps up the sense of humor that he has come to be known for. I laughed while out loud reading his book and have repeated some of his views to my friends and family, even my mom was laughing at some of his insights!

In short, Kevin Smith has set the bar for any future biography I read. His pace, hilarity and heart kept the pages turning. Tough Shit  has made a true Kevin Smith fan out of me and i recommend it to anyone who likes him, his work or enjoys biographies.

Posted by Meagan
Visit the Blog Page and tell me what you think /blog.html

A Storm of Swords by George R. R. Martin Review 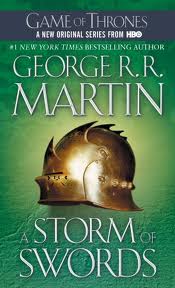 The third installment of the A Song of Ice and Fire series which started with the The Game of Thrones, by George R. R. Martin, was explosive. Parts of this book literally made my jaw drop, as Martin continues to spin his web of treachery in a world where no character is safe and long forgotten magic is seeping back into consciousness.


This book had me up at all hours, yes I even got up early so I had time to read before school!  If you love fantasy, I recommend this series with the conviction of a preacher. I was hooked on the series after Game of Thrones, addicted after, A Clash of Kings, and completely entranced after A Storm of Swords.

Let me know what you think on the blog page /blog.html

Hello everyone and welcome to my nook!!! Actually I wanted to call it Meagan's Hobbit Hole, as I am known as the happiest little hobbit in all of middle earth on our newly named podcast, Four Geeks And A Pizza. But my lovely and oh so innocent minded co-hosts though that sounded a little suggestive, so The Nook it is!


I would like to thank the Boss, Mr. Jon Franz founder and Ceo of the site for inviting me into the Jon.com family.


One of the segments we explore on 4 Geeks and a Pizza every other  week consists of what are you indulging in, which I am looking forward to expanding on here at The Nook. That means i'm going to be posting book reviews, look out for my planned first review of George R. R. Martins's Third instalment of the Game of Thrones series "A Storm of Swords." I'll write about the show's i'm watching, the old shows i love, and movies and anything else i deem nifty enough to share with ya'll. Thanks  for visiting the site, and thanks a lot for checking out my nook!!!

Let me know what you think on the blog page /blog.html