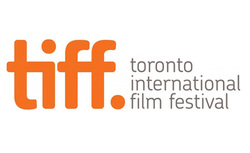 
There’s an electric feeling that happens in Toronto in
September. It’s the excitement of TIFF. This will be my third time attending but
with a big difference. I’ll be going as a member and I already have my tickets
purchased. The first two times I attended TIFF, I was rushing.

Now rushing isn’t for everyone, but I would recommend you try it
at least once. The feeling in the rush line is amazing. Movie-goers all
gathering together hoping that they aren’t too far down the line and will get
in. There’s all the possibility of scoring a freebie or extra ticket from
someone whose friend, partner, etc., can’t make the film, so it becomes your
lucky day and you get to go in.

I recommend trying to get there early, the closer up the line
the better. Going early also makes for a great icebreaker. When I rushed with my
friend Jason, we had a blast talking with some of the volunteers and the other
rushers – I think that’s the right word?

“How long have you been waiting?”This was what a few passersby
would ask us as they wondered what we were in line for. Conversation ensued. The
awe when we would say hours. I have no problem waiting in lines. Being a
fan-girl, I understand the line, the wait to get in. This is when convention
experience pays off.

I can honestly say that even though this year I am happy to have
my tickets before hand, I may still find time to rush. I have met interesting
people in those rush lines. Like a woman who I met in line for a documentary I
attended with another friend last year. She was from the States, and was very
impressed with TIFF. She had been coming for years. She had only good things to
say about the festival and why it kept bringing her back. This was a wonderful
moment and the documentary once we got in was amazing and left us thinking and
asking questions. I think that’s a sign of a good
documentary.

As I stated before, rushing isn’t for everyone but I think
everyone should try it at least once. Like the movie you want to see, that you
may not normally choose throughout the year; is exactly like the people you
meet. They are fascinating, it’s a good time in line with others who are doing
to same thing and the pay-off is you getting inside to see that movie.
Fortunately, I’ve been successful all the times I’ve rushed and have great
memories from doing it. It makes the TIFF experience more enjoyable.

So maybe I’ll see you at my movie or in a rush line, but either
way. Enjoy your time and happy movie watching. 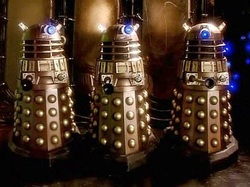 Well guys, here are my Top 10 Television Show Villains of All Time 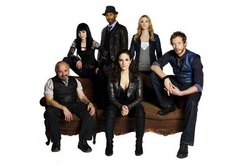 Okay.  Now, since this is my debut to Four Geeks And A Pizza! I’m going to keep this piece short.

I’m a fan of good TV and lately I’ve been staying close to home for it. Here are just a few of those shows I love and probably why you love them too.

The love and faedom for this show is incredible so I’m placing Lost Girl on the top of my list. I’m going to gush a bit but the cast. As they are absolutely faetastic and the best group of people I’ve met. Two of my fave moments came last year at Fan Expo when Rick Howland and K.C. Collins knew me from my twitter name J and then despite how long the day had been and how long the line had been Ksenia Solo took a moment to snap a quick picture with me that was another highlight. *Made my Con.

So why do I love this show besides the amazing cast? I love watching this show because of the great stories and the characters.  Bo is such a complex and intriguing character you can’t help but want to follow her. Despite the fact she’s a smoking hot succubus, there’s something human about her. Her struggles in finding her way, identity resonates well with me.  Then there’s the cool relationships Bo-Kenzi, Team Dyson, Team Lauren, Trick-Bo and Hale-Dyson so many so little time.  All these relationships and friendships are handled with such thought and care you can’t help but love them, root for them.

Let’s not forget the bad guys and monsters. I love how the monsters are your typical monsters. There have been a few but The Garuda was one of my faves  and the story line behind it kept me on the edge of my seat, who was good who was bad is never who or what you think of on this show. S1 E7 ArachnoFaebia OMG kept me on my toes and took my dislike for spiders to a new level. There was also the Kappa in S1 E3 which was a fantastic episode filled with the right mix of laughter and thriller that makes Lost Girl  such a great show to watch. Okay, so that’s my love for Lost Girl.  From it’s great writing and storytelling, to an amazing cast on and off the screen it’s one of those shows that makes you say: "Now That’s Good TV".

The One and Only SciFi-Cafe Coming Soon to this Website 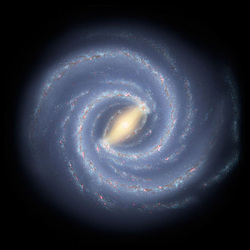 Here there be Geek Talk!!!!